From Ingenpedia, the Clean Encyclopedia
Jump to navigation Jump to search 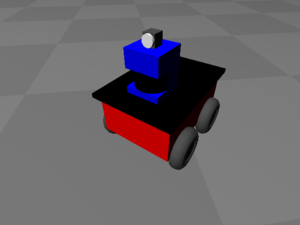 ActivMedia Robotics, later known as MobileRobots Inc, then sold to Adept and renamed "Adept Mobilerobots" is a company in Amherst, New Hampshire that designs and manufactures autonomous robots, commercial service robots, robot software and navigation systems for robot developers and manufacturers.[1] The company is now owned by Omron Automation. [2]

ActivMedia was founded in 1995 by computer scientist Bill Kennedy and Jeanne Dietsch, who became the company's CEO. It was an early developer of autonomous robots. These were widely used in universities by students learning to be roboticists.[3] An early commercially available model was the AmigoBot,[4] which could be programmed with a language called Saphira.[5]

The Pioneer 2-DX was chosen by Microsoft as the reference platform on which to implement Microsoft Robotics Developer Studio and is supported by ROS and Player Stage Robot APIs.[6] The 2003-2004 Centibots project, sponsored by DARPA and investigated by SRI International, utilized 100 ActivMedia robots to perform distributed tasks.[7]

In 2007, the company released an omnidirectional Seekur security rover (see photo). The omnidirectional wheels let it drive sideways as well as forwards and back, to perform in tight spaces. In early 2008, Seekur demonstrated autonomous navigation in GPS-blocked spaces around buildings. In 2009, the company expanded the capabilities of its Motivity robot autonomy to enable fleets to behave more like people, following site-specific traffic rules and varying its speech and other aspects of its "personality" in ways appropriate to its workplace.

On June 14, 2010 MobileRobots Inc. was acquired by Adept Technology.[9] Since then the company has been testing mobile conveyor robots and telepresence systems for use in corporate and hospital settings.[10][11]

The company developed security robots, but with more powerful computers and new autonomous techniques such as simultaneous localization and mapping, Monte Carlo localization, Markov decision process, and modified value-iterated search path planning to create a new generation of autonomous robots for delivery and security purposes in hospitals, offices, labs and other buildings.[12]

Retrieved from "https://ingen.miraheze.org/w/index.php?title=ActivMedia_Robotics&oldid=3309"
Categories:
Cookies help us deliver our services. By using our services, you agree to our use of cookies.